Helicopters have been a familiar sight around Strahan for many years.

Scenic tours allow passengers to take off from the heart of Strahan at the Marina offering beautiful vistas right from takeoff.

Strahan Helicopters specialises in scenic tours and transfers using the famous Robinson 44 helicopter. Upon request, a larger helicopter can be available for scenic or aerial work in conjunction with Tasmanian Helicopters Pty Ltd – www.tasmanianhelicopters.com.au

Strahan is a charming seaside hamlet that is an outlying post of civilisation on Tasmania’s west coast, often described as “one of the loneliest places on earth” and is the gateway to the rugged untamed south-west wilderness. Tucked away in a corner of Macquarie Harbour, Strahan was a regular shipping port in the 19th and early 20th centuries, servicing the mining and timber industries in the area. Strahan also has a strong connection with the convict past, being the nearest maritime base for Sarah Island, a notorious penal settlement during the convict era and a powerful reminder of the brutal treatment of Tasmania’s convicts. 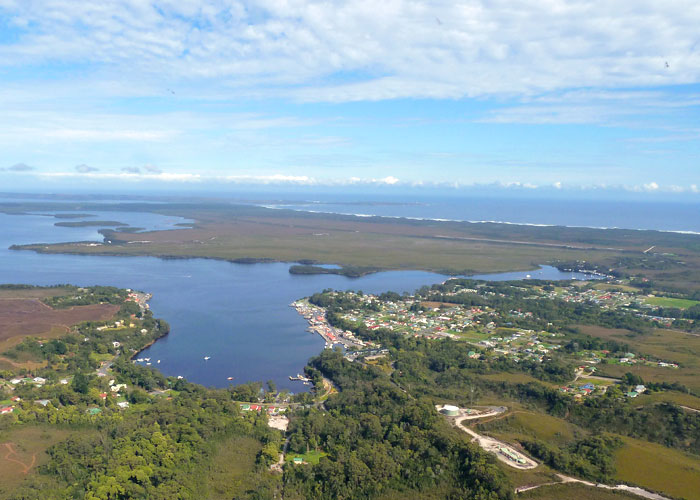 A day or two on Macquarie Harbour reveals much to the visitor besides its most famous icon – the Gordon River. This body of water is six times the size of Sydney Harbour and the Macquarie Heads provide great beach fishing and good views with regular spotting of dolphin pods.

Just north of Hells Gates, the spectacular entrance to Macquarie Harbour, is Ocean Beach, a 40km stretch that faces 8000km of Great Southern Ocean. Watch the Muttonbirds return from a day’s feeding to their nests at dusk and depart again at dawn.

To the south is the Cape Sorell Lighthouse, the second-highest lighthouse in the Southern Hemisphere.

Fish farms in the centre of the harbour produce over 9000 tonnes of fish. A coal seam runs under the water and the shores contain some of the oldest plant fossils ever found.

The harbour has a rich and dramatic convict and pioneer past. From 1822 to 1833, Sarah Island was the home of a harsh convict settlement, with logging and boat building from the locally sought Huon Pine being the main trade. Today a tour of the ruins on Sarah Island is a fascinating part of the Gordon River Cruise and World Heritage Cruise. Other historical sites include Brickmaker’s Bay, Grummet Rock, Halliday’s Island, Sophia Point, Philips Island, Kelly Basin, Farm Cove and Boom Camp. 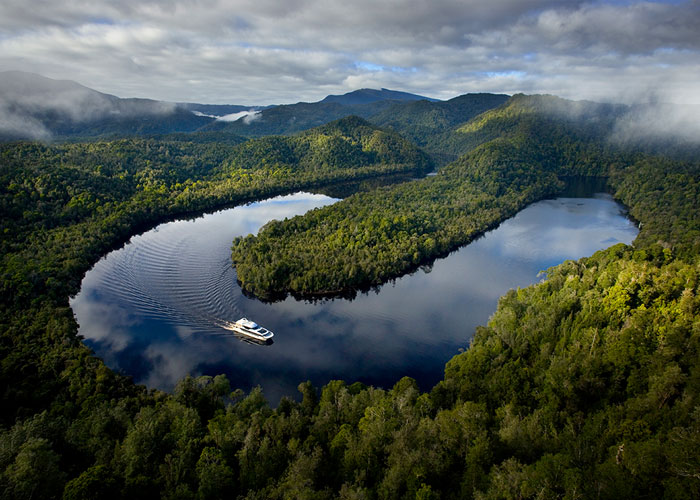 The four tribes of the Palawa people of the west coast occupied lands adjacent to Macquarie Harbour and the women may have used Sarah Island (Langerrareroune) as a meeting place. Many present-day Palawa have returned to the area.

Macquarie Harbour is a large, shallow inlet, located in the west coast region of Tasmania, Australia. The inlet is navigable by shallow-draft vessels. The main channel is kept clear by the presence of a rock wall on the outside of the channel’s curve. This man-made wall prevents erosion and keeps the channel deep and narrow, rather than allowing the channel to become wide and shallow.

The harbour is named in honour of Scottish Major General Lachlan Macquarie, the fifth Colonial Governor of New South Wales.

The King River which cuts through the West Coast Range and Gordon River empties into Macquarie Harbour. The narrow entrance to Macquarie Harbour has hazardous tidal currents and is called Hells Gates. Outside of the harbour, the entrance area is known as Macquarie Heads, and the most western point is Cape Sorell. The sheer volume of freshwater that pours into the harbour through the rivers, combined with the narrow exit result in barometric tides. When there is rain in the mountains surrounding the harbour, the tide rises, and it falls when the atmospheric pressure reverses and results in less rain.

The Queen River, King River and Macquarie Harbour were all polluted by mine waste from the Mount Lyell Mining and Railway Company until its closing in 1994. It is estimated that 100 million tonnes of tailings were disposed of into the Queen River. The Mount Lyell Remediation and Research and Demonstration Program was carried out by the office of Supervising Scientist and the Tasmanian Department of Environment and Land Management over the following two years. The result of the program was a marked reduction in the waste material entering the rivers and harbour.

The first settlement at Macquarie Harbour was on Sarah Island, a small island in the harbour. This island was used as a prison for recalcitrant prisoners from other settlements in Tasmania, due to its extreme isolation and climate.

Later the small port of Strahan was developed on the shores of Macquarie Harbour to support the nearby mining settlements, mainly Queenstown. Another port was developed on the south-east section of the harbour in Kelly Basin along with the townsite of Pillinger. The settlement and port were short-lived as were the North Mount Lyell company that developed the facilities. 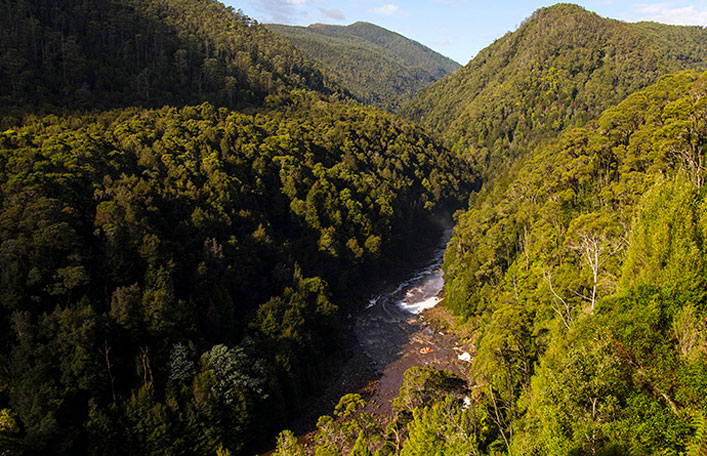 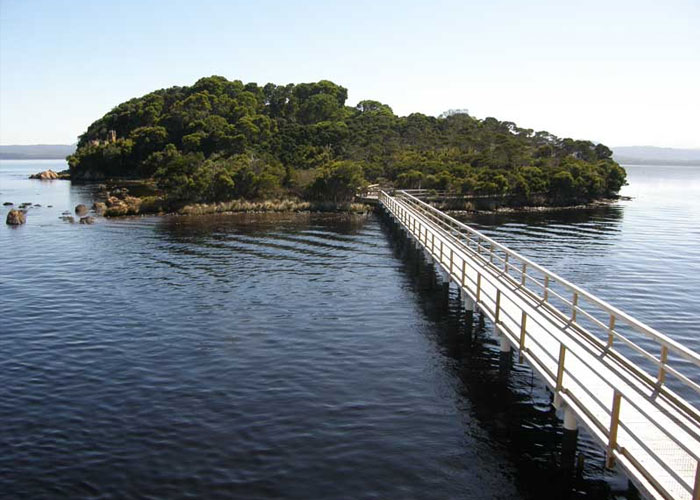 flights & Bookings
Photo gallery
feedback
Tullah, 1st and 2nd december, come up with us to s

Nick and Tia at Dubbil Barril train station up the

James popped in to say hi from cradle mountain, pa

Flights are available at our sister company – Cradle Mountain Helicopters, please refer to www.cradlemountainhelicopters.com.au for bookings and further information.

We look forward to flying with you in the near future.